Do You See What I See?

One of the biggest mistakes parents make is not leaving children alone to develop naturally.  We prop them, carry them, support them and try to hurry them along to the next stage of development when, ideally, all movement should begin inside of them and at their own pace. There are two big enemies to Free Movement – Putting children in containers and giving them an upright vantage point.

“If one does not interfere, an infant will learn to turn, roll, creep on the belly, go on all fours, stand, sit, and walk with no trouble. This will not happen under pressure, but out of her own initiative – independently, with joy, and pride in her achievement – even though she may sometimes get angry, and cry impatiently.

What is most important, however, is not the result, but the way to it. This learning process will play a major role in the whole later life of the human being. Through this kind of development, the infant learns his ability to do something independently, through patient and persistent effort.”

This is a quote from Emi Pikler, Magda Gerber’s mentor who initiated the RIE philosophy but free movement is something both Maria Montessori and Emi Pikler completely agree upon!

Pregnant women in America purchase many containers which all keep babies from developing as nature intended. Just look at all the common containers which prop a baby upright, before his spine is ready to support him! 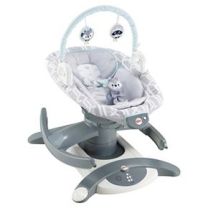 Babies need to sleep on their tummies and play on their backs. They don’t need items that don’t allow them to be supine (on back) or prone (on stomach).

If a baby sleeps on his stomach he will quickly learn to scoot. His legs will naturally splay into a frog position with his feet flat on the ground, activating his “stepping” reflex so that he is able to move himself forward by scooting. 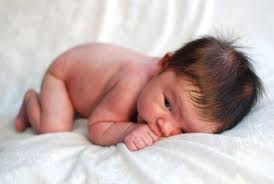 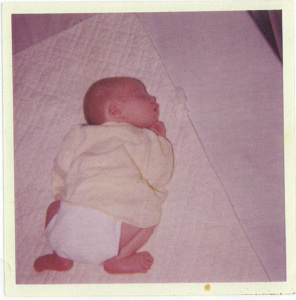 By 6-8 weeks old your baby will be able to push himself from his stomach to his back. If you put him on his stomach, he can make a decision about whether he’d like to stay there or move to his back. This empowers your baby by giving him choice!

If a baby is carried frequently or put in containers, there are two undesirable outcomes.

First, his vantage point is always from an upright position. A baby comes into the world already sensitive to learning how it works. “What is this place I’ve entered all about? Where do I fit in?” If a baby has learned to view the world from an upright position in a carrier, a swing, or bouncy seat, he will see books, art, furniture, and people. If his car seat is upright, he will see the scenery moving by. If he’s propped up in a stroller, he will see buildings, people, dogs, and cars driving by. This is a great deal of stimulation! So he learns that he lives in a stimulating world where things are always changing and people move him around and expect things from him. They want him to smile and eat and lay quietly while they change him. He learns he is a passive participant, watching the world go by while things are done “to him.”

I once worked with a 6-month-old baby who had two nannies and had been constantly carried. When I tried to put him on a blanket on the floor, he became wide-eyed and looked shocked! His arms started flailing and he arched his back and started to scream. He was having no part of this different view of the world.

In my RIE Foundation Course I learned: “What We Give Them, They Come to Expect, and Then They Need.” He had come to depend on his upright view.

The second disadvantage for a baby frequently carried or put in containers is that he is being deprived of necessary tactile stimulation. The skin is the largest organ and one of the only ways the baby takes in information, so he should be naked on the floor as much as possible, using touch to develop his intelligence.

Maria Montessori said, “Nothing comes into the brain but through the hand,” but babies don’t have much control over their hands yet. It’s their skin that is highly sensitive, easily mottled, and responsive to the environment. So a baby should be unclothed and on his mother’s chest at birth. He follows the smell of the breast and scoots across her skin to find his way to latch onto the breast.

We put him on the floor, naked if possible, so the maximum amount of skin contact against the floor impresses upon his brain what is feels like to move his body. Every part of his body is engaging with the floor as he learns to roll onto his back and rotate his head, pelvis, and shoulders. A diaper can be worn, but without it you will better learn his signs for elimination and he will better learn about gravity, proprioception*, balance, strength, effort, etc. And this isn’t a matter of giving your baby “floor time” – every minute he is NOT on the floor is a minute of intelligence building lost so he should be there for much of his non-caring time (eating, changing, bathing).

What’s surprising to me is that, thought I work with parents throughout their pregnancy in Bradley childbirth classes and will often mention the importance of free movement, so many people just aren’t able to implement once the baby comes. What I see is that they begin a relationship at birth holding the baby and feeding every few hours and baby falling asleep at the breast and they don’t know when to begin to “change” this relationship and routine. Suddenly you have a 10-week old who hasn’t been put down. And he makes it known that he doesn’t like any changes being introduced!

I encourage parents to, from the beginning, become cognizant of the STEPS: Sleep, Toilet, Eat, Play, Sleep routine and see how much of that they can implement from the first days. I also encourage a space for baby to call his own and that he can become familiar with its sights, sounds and smells from the beginning. Ideally, this would be a floor bed with room for you in the beginning! He’s in SUCH a sensitive period for learning how things are done – let him learn correctly from the beginning as he may resist you “changing it up” later! 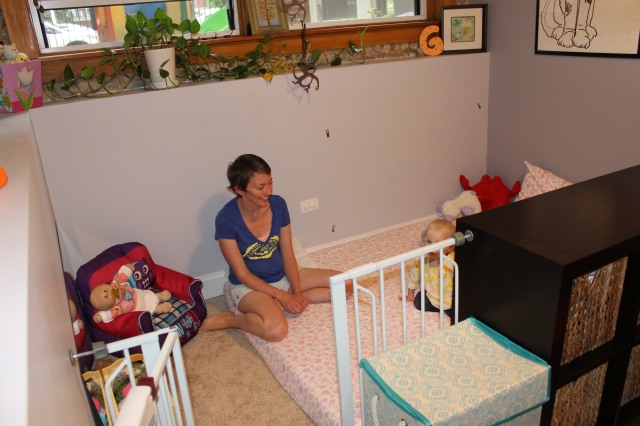 If a child is given plenty of time alone on his back, the backdrop of his life is either a white ceiling or blue sky. Rather than immense amounts of constant stimulation as a backdrop to his life, we allow him to “open the door slowly.” He comes from a dark womb into a quiet, light palate.

This backdrop will then allow him to “discover” his hand when it occasionally passes into view. This is the beginning of the most important relationship he will ever have – that with his hand! (Sorry Mom!) It captures his interest as it randomly appears before him. He begins to see that he can make it do his bidding.

Watch this 6-week-old baby discover her hand for the first time: https://www.youtube.com/watch?v=fWppGcxxfks

My recommendations:  Avoid unnecessary containers! In addition to clothes & food, your baby only needs these things: 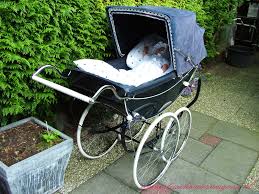 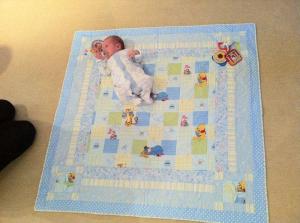 That’s all, folks! Later, when they’re sitting, you’ll want a weaning table and a chair for family dining, but only after they’ve developed without you propping or supporting them in this position.

Remember, on his stomach, he moves.

On his back, he develops a relationship with his hand.

And through movement and hand control, he will build his intelligence.

*Proprioception (/ˌproʊprioʊˈsɛpʃən, -priə-/ PRO-pree-o-SEP-shən), from Latin proprius, meaning “one’s own”, “individual”, and capio, capere, to take or grasp, is the sense of the relative position of neighbouring parts of the body and strength of effort being employed in movement.

2 Responses to Do You See What I See?